Product is rated as #19 in category Casinos

Offer Valid Only in NJ

A mover and a shaker in the sports betting community, William Hill has finally unveiled a highly anticipated online casino. Alongside this soft launch, their enticing $50 Risk Free offer is definitely noteworthy.

Thanks to the recent acquisition by Caesars Entertainment Corp., the games offered by William Hill Online Casino will continue expanding. Become a part of this evolving world and see the change right before your eyes, without ever having to leave your home. 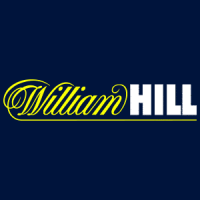 New Casino, Old School Brand
The William Hill Casino is still partly in beta, with a minimal selection of offerings at this time. However, with the recent Caesars acquisition, it is only a matter of time before this casino becomes a heavy contender in the US online casino market. It would not be fair to rate William Hill on its current casino standing with the same tough analysis mindset as my other reviews. With that being said, the history and reputation of William Hill will hopefully make up for any of its current shortcomings and bright plans for the future.
Bonus Offer
8
Casino Game Variety
6
Interface
7.5
Payment Options
9
Customer Support
9
PROS
CONS

During this promotion, players may be credited 100% of their total net losses, up to $50 in credits. While there is no required code for this offer, you must complete a successful qualifying wager within 24 hours to be eligible.

This is a pretty straightforward promotion and is a good way to test the waters.

At the time of writing this review, William Hill Casino has a fun, small wager bonus tied in with the sports book. This promotion is a Thursday Night Blackjack offer, and it’s super straightforward to take advantage of.

Simply bet on Blackjack on a promotion day during the promotion period, and if you have a total net loss of $5 or more, you will receive a $5 Free Bet added to your account. The free bet that is added can only be used towards participating in a sports wager. The free bet offer must also be used within 7 calendar days from the date it is awarded.

Depending on the direction this casino takes, we can expect some great game specific ongoing promotions in the near future.

In light of recent events, there are not many casino game offerings at William Hill Casino at this time. Since they still have not made any official press release regarding the casino update, I am optimistic to believe they are making more additions when the official launch date occurs.

In the meantime, William Hill Casino is still in beta, please feel free to fill out their questionnaire with feedback on what you would like to see offered.

Out of the 44 Casino Games available at this time, the software provider for those hand-selected games is the reliable and well known, NetEnt. If William Hill follows in the footsteps of its competition, we can expect to see a handful of other software providers added to the lineup.

As part of my analysis, it’s important to compare casinos within the same market with similar offerings.

Unfortunately, this title comparison is a bit skewed at this time. Thankfully it should show the approximate amount of potential slot offerings in the near future.

Mercy of the Gods is a fun, ancient-Egyptian themed game, and is actual the sequel to Divine Fortune. Mercy of the Gods consists of five reels, three rows, and 20 fixed pay lines. It is fully equipped with the thrilling potential to get even bigger wins, but on the other hand, it also requires you to take bigger risks. Unleash your inner wild child and brace yourself for this worthwhile adventure!

If it’s one thing William Hill Casino didn’t sacrifice, it’s the well thought out minimalistic approach to table games. While the selection is slim, it highlights all categories of table games and sets a great pattern on what’s to come.

Consequently, because William Hill is such a new addition to the casino scene, it does not have a live casino at this time. Thus, if it plans on keeping up with the trends, a live casino should be added to its arsenal in no time.

Integration to a mobile app is key for any casino, and this is one thing William Hill has not let pass through the cracks. The app is very easy to use, and you can even access the William Hill Sports Book alongside the casino.

At this time, there are only 5 available games on the mobile app, but if you are using your mobile device to access the browser, you are able to gain access all 23 game offerings.

Continuing with the trend of reliability, the William Hill browser based interface portrays an excellent cohesiveness and transparency on all pages. Often times it’s incredibly difficult to obtain information regarding certain details without contacting support, but thankfully that is not the instance here.

I’m optimistic that the future will also bring an aesthetically pleasing website, as well as a search feature once more games become available.

As far as payment methods William Hill has a lot of convenient methods with most of them having little or no processing time. All of these payment methods safe and secure, and thankfully the minimum deposit is $20 across the board. The only deposit method with a listed maximum at this time is PayNearMe with a daily limit of $500.

For withdrawal limits, the website states that most withdrawals take up to 72 hours to process. If you have any questions regarding your withdrawal or deposit, feel free to visit the FAQ section or contact the live chat. Unfortunately, if you want to make your first deposit to claim the welcome bonus, depositing cash at a retail location is not a qualifying option.

All of the withdrawal methods have the same Min. $20 Max. $5000 allowances. If you feel as though the maximum is set too low, contact William Hill customer support for further assistance.

The William Hill Play+ is a convenient, secure, and easy prepaid way to make deposits and withdrawals to your account. Since this is a physical prepaid card, it does take 10-14 days to receive it in the mail upon registration.

Don’t be discouraged; you can still use your account online without the physical card as long as you load the account with funds.

Originating in the United Kingdom in 1934, William Hill is a trusted name in the sports betting and gaming market. What started as a small illegal sports betting operation has grown to a legitimate worldwide magnate known as the William Hill Sports Book.

Currently, William Hill is licensed in four of the world’s eight biggest regulated gambling markets, but this is only the beginning.

In the evolving world of William Hill, expansions are a constant variable. Thanks to the recent $3.7B acquisition of William Hill by the Caesars Entertainment Corp., William Hill is on its way to territories it has only dreamt of.

William Hill Casino has taken serious efforts to ensure responsible gambling in the state of New Jersey. In order to keep you safe and in control, here is a list of tools available throughout the website.

For more help and additional resources in regard to responsible gambling call 1-800-GAMBLER for 24/7 confidential support.

Regrettably at this time William Hill Casino does not have any loyalty or rewards program. If everything goes according to plan with the Caesars integration, this all should be changing. In regard to the acquisition, Caesars has a highly regarded rewards program with a massive reach of 60 million users. This integration will benefit both the companies and players across all markets.

Among the contact vantage points, I would highly recommend Live Chat as my first choice for information. Live Chat is currently available from 8am-12am and is available in both the mobile app and browser interface. The operators are accommodating and often refer back with FAQ links in a timely fashion.

I was also pleasantly surprised by the text option. I didn’t use it as an initial support option. Still, since my number was listed on my account, I received a text notification offering guidance. It’s small things like this that enhance the overall experience from a customer standpoint.

In conclusion, William Hill has proven themselves to be a topnotch contestant in the casino realm. Despite the clear lack of variety in their casino lineup, I would highly recommend William Hill Casino based on their history and merit alone.

A veteran in every sense, William Hill remains the largest betting brand in the world by dominating every sector of their business. Overall, the $50 welcome bonus is wonderful to take advantage of.

In Which states is William Hill legal?

Currently William Hill is technically legal in 11 states, ranging from Colorado to West Virginia. Unfortunately, this doesn't include casinos, as the regulations vary from state-to-state. Everything is listed on their webpage and new states are in the horizon.

Does William Hill have live slots?

At this time William Hill Casino does not have live slots on their US Casino. They just made a deal with the software brand Evolution who is a live-slot expert, so hopefully this should show what the future will bring for William Hill.

William Hill has a long and reputable history as being a legitimate sports book and casino. Among the long-standing history, they are fully licensed, and all of their payment methods are safe and secure.

Do I need a separate geolocation app to confirm my location?