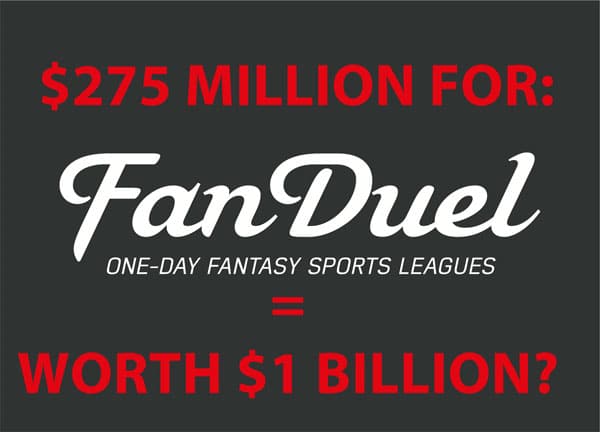 Those who are new to playing daily fantasy sports have probably still heard about FanDuel from commercials, radio, and television stations. However, if they are thinking about trying their hand at the fantasy sports gameplay, they may be wondering if FanDuel is legitimate or if it, in fact, is a scam. The short answer is that FanDuel is an extremely reliable and legitimate company and in no way scams their customers. Read on to find out why FanDuel is a credible and legal business.

Daily fantasy sports is fairly new in the world of fantasy sports. FanDuel first started in 2009 and has since grown exponentially. Currently, it dominates the industry and holds around 600,000 lineup entries per week. Additionally, FanDuel paid out over $400 million in cash prizes in 2014. They would not be able to do this and grow so massively if there were any concerns about the legitimacy of its website.

The Legality of Daily Fantasy Sports

Winning money on daily fantasy leagues is 100 percent legal within the United States, which allows such sites as FanDuel to provide their service without worry that the Justice Department will shut them down. Due to its clear legality, many sports bettors switch over to playing DFS to utilize their skills and research in a more regulated and safe environment online, in which they can both withdraw and deposit money as easily as using their PayPal account. There are a few states that do not allow daily fantasy sports due to their own laws (Arizona, Washington, Louisiana), but the majority of states do allow it.

How is FanDuel Legal?

The Unlawful Internet Gambling Enforcement Act of 2006 was passed to crack down on the online sports betting industry. That being said because online fantasy sports was deemed a game of skill it was given exemption from the law. In the majority of states, a skill game is any game in which the skill of the player is the most decisive factor in the outcome of who wins. In regards to daily fantasy sports, hours of research and industry knowledge come into play when drafting teams. Although there is still a chance component, there is also a substantial part of the gameplay that is determined by players skill, which is why it was made legal.

Although winning real money on such sites as FanDuel is 100 percent legal, no one said that it was easy to win, as there is a certain amount of industry knowledge, as well as research that has to be done to be successful. However, as long as you put enough time into, it is entirely possible to make a substantial amount of money on FanDuel. There are estimates that the Daily Fantasy Sports industry generates between $3 and 4 billion every year, and with millions of players joining from within the United States to try their hand at online gameplay, many companies are jumping on board. In fact, NBC, FOX, and CBS all have created their own fantasy sports websites to ensure that they get a piece of the cake.

For those who are interested in trying their hand at FanDuel, they can do so without worrying about breaking the law. This is not the case for online sports books, which operate overseas and have no regulation to ensure their safety. Many states forbid people from playing on foreign sites, and so it is best to stay within the law by playing on such sites as FanDuel. When playing FanDuel know your limits and above all, have fun!

Feda Mecan
My love for online gambling, particularly as an enthusiastic NBA sports bettor, is the whole reason I co-founded PlayingLegal.com. Previously serving as the International Markets Development Lead for Ladbrokes, my entrepreneurial spirit inspired me to invest and develop projects within the legal online gambling landscape. For any questions, get in touch with me on various social media platforms.
Daily Fantasy Sports (DFS) Guides
Useful Links