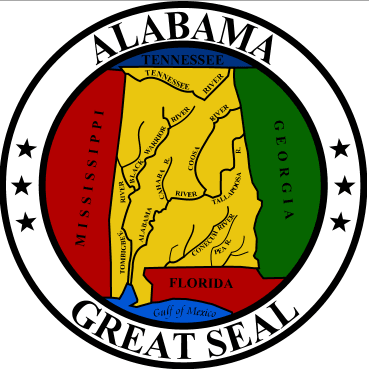 In the simplest of terms, any kind of gambling is illegal in Alabama however there are some important exceptions, which play an important role in shaping the gaming scene in Alabama, which is quite vibrant, as witnessed by the revenue gain. The year 2011 saw a 25% increase in revenue over the previous year; this was the largest percentage gain in revenue from regulated gambling in the US.

A no small feat for a state that lacks a state lottery, sports gambling sites, poker rooms, and table games. This is not exactly Las Vegas or Nevada for that matter. This is largely due to the enthusiasm of the state’s sole tribal faction, the Poarch Creek tribe. They are aggressive on the real money gambling front. In 2009, they opened Wind Creek Casino and Hotel, an attractive destination with over 1,600 electronic gaming machines and 160,000 square foot hotel and in December 2013 an expansion of the same.

All Alabama residents can claim $5 free by simply signing up to FanDuel.
Claim Bonus

This hotel has been purposefully placed to attract real money betting enthusiasts from Atlanta, Birmingham. However, this has not been enough to convince the authorities on the importance of legalizing and thus regulating online betting.

The Alabama state laws definition applies only to games of chance, thus real money poker players may claim that they are not by definition gambling. However, in 2007, Justice James Gregory Shaw pointed out that an offline and online poker player’s understanding of the rules of the game do not change the fact that he/she is playing a game of chance. This means that poker is still considered a game of chance and it falls under the collective description of games of chances.

History of gambling in Alabama

Alabama has been a conservative state; this was not the case in the earlier days. Just after the Civil War, Alabama legalized the state lottery which later suffered intense competition from neighboring states resulting in losses and ultimately its closure. Other games of chance were banned by 1901.

The Great Depression of 1930, made worse by FDR’s policies according to the famous UCLA study but that is another topic, led Phoenix City into bankruptcy; city officials had no choice but to offer lawful gambling licenses. These served as a ticket for organized crime gangs to flood the city and soon crime rate was at an all-time high leading eventually to the assassination of the conservative Attorney General in 1954.

Alabama did not want to become the next Chicago with gangs shooting up the streets for gambling turf. When this type of violence happens, this can spark some serious disdain for gambling and this is what prompted this new attitude towards gambling which persisted for decades.

The authorities responded by closing down casinos that were found to be associated with criminal gangs. The public opinion about gambling and betting remained negative until the 1970s. During this time, the state legalized pari-mutuel betting, real money betting on dog races, which has since then remained largely popular and an icon for Alabama culture.

Bingo gaming was legalized in 1980 and just eight years later the federal government passed the Indian Gaming Regulatory act of 1988 which recognized Indian tribes as sovereign nations and thus exempting them from some state laws. The Poarch tribe took advantage of this clause and built casinos; they were however not allowed to have casino-style gaming tables.

There is not much to choose from in terms of gambling destinations, just three greyhound racing parks (Birmingham Greyhound racing, Green track, and Mobile Greyhoundhound Park), which offer betting on horse racing as well, and three bingo casinos located on Native American reservations (Atmore, Montgomery, and Wetumpka). These lack table games and so, patrons can only play slot games. The state lacks private casinos, other than online casinos, which are not actually located in Alabama.

All forms of online gambling are prohibited, alongside any other form of unregulated gambling, including poker. The laws however are old and do not mention online poker; this is a loophole many gamers utilize when playing online, by using sites from other states. At play here is also the fact that no individual has ever been charged with online gambling. Perhaps this is because online gamblers are not shooting up the streets and fighting each other.

Thus far, there has not been a series or several people ruining their lives over online gambling prompting some people to call for the shutdown of online gambling as well and for that loophole to be sewn shut. This has not happened and as long as online gambling does not grab hold of every citizen or cause too many people from damaging their life because of so much gambling debt, perhaps this loophole will remain tolerable for Alabamians.

The authorities appear more concerned with those operating illegal gambling rings and not those wagering real money on Internet poker games. In light of this, it is advisable that you should pick up some legal advice before creating an account on an online poker site to avoid any kind of run-in with the law enforcement officers.

Section 13A-12-20 of the Alabama state laws define a gambling device as any device, machine, paraphernalia, or equipment normally used or usable in playing phases of any gambling activity, whether that activity consists of gambling between persons or gambling by a person involving the playing of a machine. As such, mobile phone or a computer used to access the gambling site is a gambling device and the user is thus in violation of the law.

Despite the authorities’ stance and the interpretation of the law regarding online gambling, there are in fact several legit poker sites in Alabama where players wager real money.

How to go about it

The details of online gambling can be tricky, however, there are some rough pointers that will help even a new player navigate the fiddly world that is online gambling, and feel at home while at it.

Before the betting may commence, the player needs to have deposited an amount of money to the site’s account, this of course happens after the player creates an account where the deposited money will be reflected. There are several methods at the player’s disposal; however, the preferred choice is dependent primarily on the area of residence and the preferred payment method of the player. Accepted methods are credit/debit cards, bank transfer, or e-wallets.

Online poker rewards outweigh those accruing from live poker, for several reasons. First, online sites can track the players’ real money and playing patterns and thus tailor specific rewards which live poker rooms would not have been able to provide due to financial or logistical shortcomings. Second, live poker players were not viewed as having sufficiently large returns for the casino, as such not necessary to reward generously.

When playing, it is of utmost importance to maintain security while interacting with the site to prevent loss or theft of information.

A security breach may happen at any time and there is no sure way of telling what the target could be, therefore it is important to separate personal and gaming finances, otherwise, this could be a very costly mistake.

Fantasy sports offer an irresistible alternative given the strict regulation of gambling. Players create virtual teams and challenge each other for real money once every week. Fantasy leagues operate pretty much like real leagues where the winners are those who accumulate the most points at the end of a certain duration of time. Online fantasy sports were viewed as gambling until the federal government declared they are not in 2006. There are two sites offering fantasy leagues, FanDuel.com and DraftKings.com with the former being the more popular of the two. We created a short comparison of DraftKings and FanDuel for you.

The age restrictions here are a bit peculiar. The gambling age varies depending on the game; to access the Native American Casinos one needs to be 18 years, to play bingo, 19 years, though this does not hold when in the company of a person of the legal age. However, to play and watch casino games, the minimum age is 21 years. To play at online casinos, you need to be 18 years of age.

Alabama’s gambling scene has undergone tremendous growth, but it is still pretty small by any means. The authorities are not very excited, in fact, taking into account the history of gambling in Alabama, it is rather evident that no bill legalizing online gambling will be passed anytime soon. In the meantime, however, Alabama residents have a choice among the available poker sites operating from other states.

Alabama does not offer a broad variety of real money gamers, for both online players and those in physical establishments. This situation may not change in the near future either. However, the establishments in place are proving to be pretty popular with both locals and tourists.