Attorney General of Massachusetts Calls for Regulation of the DFS Industry 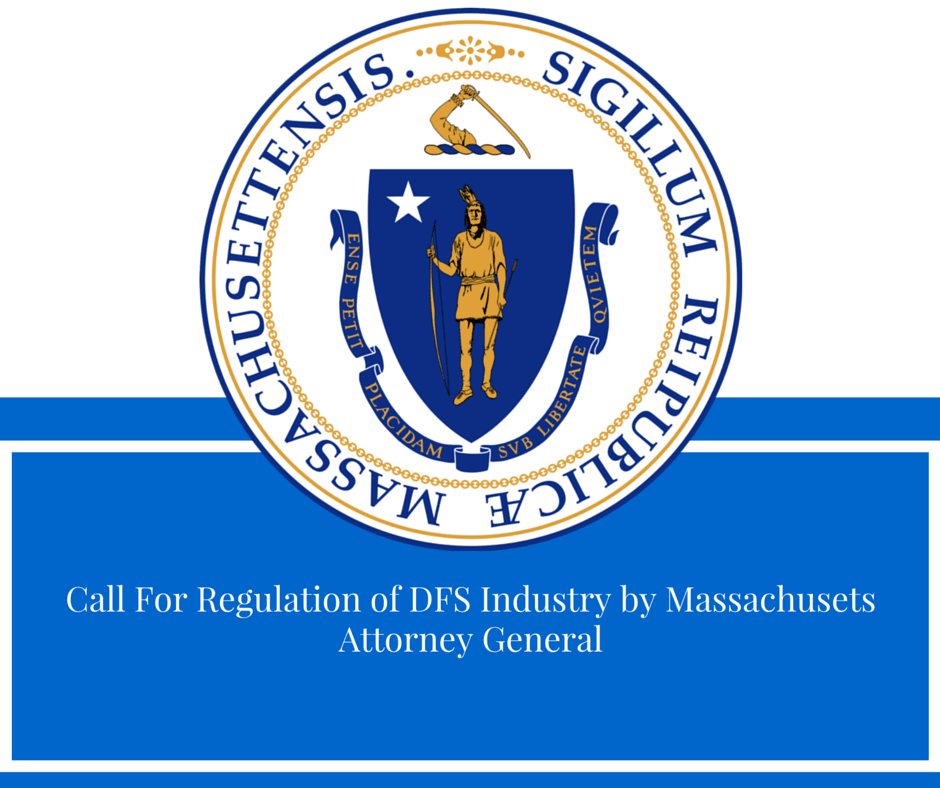 The attorney general of Massachusetts proposed new regulations on the daily fantasy sports industry this past Thursday as a concession for remaining in operation in the state. These regulations are extensive and include such rules as prohibiting contests on college sports and increase the minimum age requirements of players. Here is a look at what is in store for Massachusetts when it comes to the regulation of the DFS industry.

These regulations are a first of their kind for the daily fantasy sports industry, and they focus on protecting minors, ensuring truthful advertising, bringing more transparency to the industry and leveling the playing field for all consumers.

This is a much more reasonable approach to the daily fantasy sports industry, then other states such as New York whose attorney general, Eric T. Schneiderman, has called for a state-wide prohibition of the gameplay. However, instead of shutting down the industry, she asserts that the currently unregulated industry needs to be simply reined in. Healey examined the DFS industry meticulously, perhaps because DraftKings, one the leading Titan companies, has its headquarters in Boston. In previous statements, she has said that although daily fantasy sports is a type of gambling, that distinction alone should not make it illegal.

What Types of DFS Regulation Will Massachusetts See?

DraftKings and FanDuel's Opinion on Regulation

In two separate statements FanDuel and DraftKings actually approved of Healey’s approach to the industry. However, DraftKing’s stated that they did find some issues with Healey’s decision.

“While we do have some concerns with the draft regulations, we intend to work closely with the attorney general’s office to ensure we are operating in the best interest of our customers.”

On top of growing regulatory pressure from varying states, there have also been almost two dozen lawsuits filed against both FanDuel and DraftKings claiming that they are fraudulent companies. The most recent of which was filed in New York, and singled out credit card firms and banks that processed players’ payments.

Alizah
I have a B.S. in Global Business with minors in creative writing and French from the University of Redlands in California. I consider myself an extremely motivated and hard working individual who is highly skilled in writing and research. I have a child-like imagination that I can funnel in a strategic and practical way. I foster this creativity through my study and diligent practice of creative writing. However, my aspiration is to infuse this talent for creativity into my business career. I have lived in Japan, the United States, France and Canada at various stages throughout my life. From each of these places not only did I take away the specific language and culture, but also knowledge on how to interact, communicate and connect with anyone no matter their background.
Contents